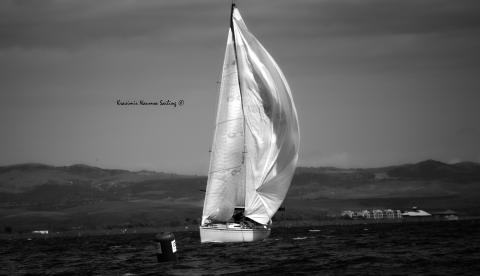 Mihail Kopanov & “Krone One” – Head out to the top of the most prestigious transatlantic race!

In 2020 the annual “ORIGINAL SINGLE-HANDED TRANSATLANTIC RACE” or  “OSTAR” will take place.
The host of the race is “Royal Western Yacht club of England”. The first race has been conducted in the distant 1960 and the 2020 edition of the race will mark its 60th anniversary of single-handed sailing race across the Atlantic ocean.

The 3000 nautical miles between Plymouth, UK and New York, USA are a brutal test, in which only the most skilled and proven sailors will participate.

For Bulgaria, Bourgas and all of us from Yacht Club Port Bourgas – the most decorated Bulgarian sailor – Mihail Kopanov will participate in the race on board of “KRONE-ONE”

The previous attempt of Mr. Kopanov then in duo with Deyan Zaykov to conquer the top in the TWOSTAR race was in 2017. Then on board of yacht “Furia” which sustained critical damage during the race, a rescue operation was forced and the vessel abandoned. At the time of the accident “Furia” was leading the race in the “TWOSTAR” division which is being conducted in parallel with the “OSTAR”

Now three years later, again Mihail Kopanov will head out to conquer this sailing “Everest”.
His accomplice in the endeavor again is Rumen Kotov who will supply “KRONE – ONE” for the purpose.
KRONE-ONE or the “Queen” as she is known is with a Danish origin model Faurby 396 – Jasper Bank edition.

As for every race of such caliber, the staff of Mihail Kopanov are hastily preparing the organization and securing provisions for everything that will be required for the race.

We as his teammates and friends support him to the full extent we are able to, in this amazing exploit to seize one of the highest accomplishments in the sailing sport!