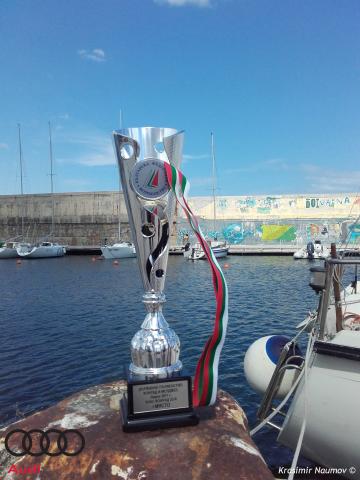 Mihail Kopanov and the crew of UK SAILMAKERS are national champions!

11 races through the three days of the National Championship for Conrad 25 R and Melges, contributed to produce an extremely interesting competition.

The main opponents for the title were Quantum Racing helmed by Pavel Dukov. The younger crew, have considerably raised the bar of the challenge.

The exchange for 1st places and close call finishes have turned the competition into full blown attraction and the obtaining of the title quite not an easy task.

In the final standings, UK SAILMAKERS capped on 1st pts ahead of Quantum Racing - 22 and the third place has been captured by the young crew of Blue Eagle with 38 pts. - bring a fantastic surprise for all.

This is the second win in a row for our boys after the last week win at "Port Varna" 2017 in the Conrad class.

It is always good to win, however, we are proud of our team and competitors regardless of the final standings! 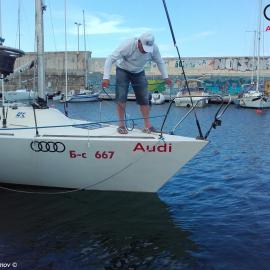 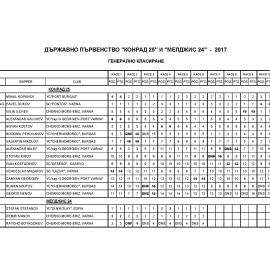 Mihail Kopanov and his crew has won the 60th annual regatta "Third March" and has triumphed...