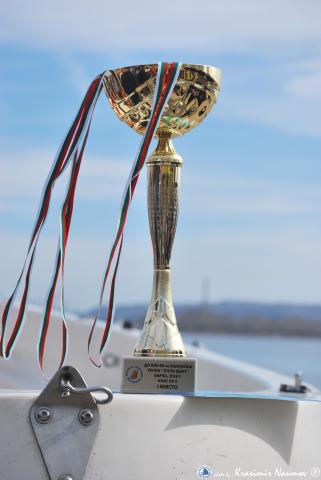 Mihail Kopanov and his crew has won the 60th annual regatta "Third March" and has triumphed victorious for 20th time in a row howding the undisputed record for the race.

The event was a combination of regatta "Third March" and the Republican chanpionshiop for "YAL-6" class, which has spiced the final result allowing Mr Kopanov and his crew to claim both titles in one shot.

With one third place, one second and five first places, the team from Yacht Club "Port Bourgas" have accomplished a decisive victory.

Thank you, you make us all proud!

We are proud to announce that Yacht club "Port Bourgas" will host the National championship for "...