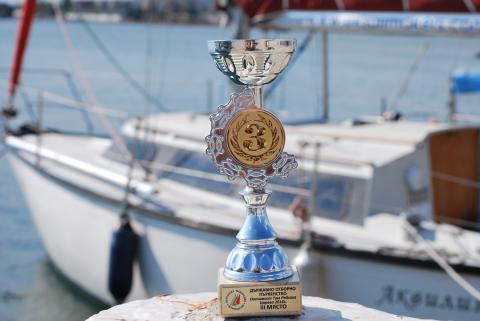 During the last two days the National Team Racing Championship on Optimist class has been conducted, organized by the Bulgarian Sailing Federation and the hosts form Sea Club "Sereko" - Carevo

On this special occasion the team has been headed by Liuben Tenekedjiev and his assistant coach Dimitar Shangov, both  Laser 4.7 sailors which has marked their coaching debut.

The event of course has been supervised by senior Coach Kosta Stergidov, but all the decisions have been taken only by the young coaching due with no "external influence"

The young sailors ( and coaches) has successfully qualified for the semi-finals after the first racing day along with the teams of "OMK Nesebar 2000 and  "Capt. G.Georgieve" - Port Varna.

The hard task to handle the team tactics after the start has been undertaken by Clement Sarastov acting as the foundation of the team, as most experienced sailor. A task that he has carried with the expected high level of performance pulling amazing maneuvers and tactical moves to make huge gains for the team when they were neccessary.

Unfortunately, just few meters were not enough for our heroes to hold the first position and qualify for the final, but after relentless fight with the second team of "OMK Nesebar 2000", they have secured the Silver in the final standings.

We are grateful to all our competitors for the hard work and to the young coaching tandem - Tenekedjiev / Shangov for the splendid work.

We are certain, that we have learned a valuable lesson, and our performance will be improved for the next years National Team Racing Championship - 2017.

All images are property of Yacht Club "Port Bourgas" and subject of Copyright!

Legal actions will be undertaken against third parties which have used this content for commercial purposes without the explicit consent of the owner. 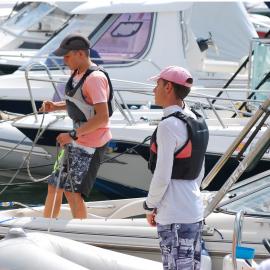 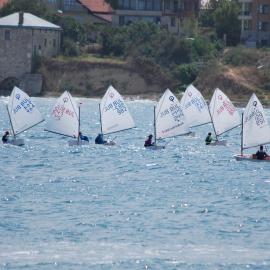