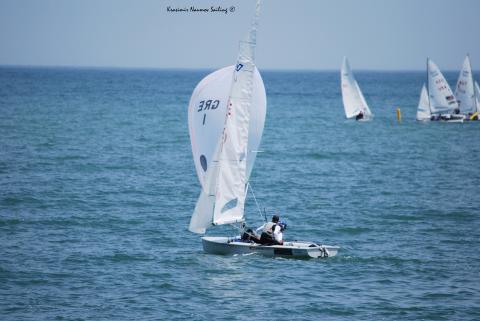 The event will take place in the waters of the bay of Bourgas in front of the beautiful city of Bourgas, Bulgaria.

Yacht Club "Port Bourgas" is one of the oldest sailing clubs in Bulgaria with impressive sailing achievements and long-lasting traditions in the 470 class. In the past 10 years the club has organized 2007 470 Class Junior World Championship, 2015 420 Class and 470  Class Junior Open European Championship, 2017 Optimist Class European Championship, annually: International Regatta Port Bourgas – Bourgas Sailing  Week – the biggest sailing event in Bulgaria, as well as many other national and international sailing events.

The waters of the bay of Bourgas offer perfect sailing conditions, stable wind in velocity and direction in addition to warm and clean waters.

More than 150 sailors from 30 nations are going to take part in the 2018 470 Class Open European Championship.

The measurements have commenced with around 40 boats already measured and set to go. The leader of the measurement team Haluk Sunday and his Ron Barak assisted by the members of hosts have ensured calm and productive transaction of the day. There have been very few cases of equipment discrepancies, but amendments have been instructed in due course.
Many of the sailors have had the chance to practice again, under the light wind of southern direction.

All the required factors for a great event are set in place. We are looking forward to it!